MINNEAPOLIS, MN - SEPTEMBER 09: Jimmy Garoppolo #10 of the San Francisco 49ers reacts after passing the ball in the first half of the game against the Minnesota Vikings at U.S. Bank Stadium on September 9, 2018 in Minneapolis, Minnesota. (Photo by Adam Bettcher/Getty Images)

The San Francisco 49ers host the Minnesota Vikings for the divisional round of the NFL playoffs, and Niner Noise provides the latest odds, injuries and matchups to watch.

After watching the Wild Card round of the NFL playoffs last week, the San Francisco 49ers are now poised to host the No. 6 seed in the NFC, the Minnesota Vikings, in the divisional round of the postseason.

Minnesota being in this position is provocative enough, coming off a surprise upset on the road over the highly favored New Orleans Saints.

The Niners look to halt the chances of another Vikings upset on Saturday, which will mark the first ever playoff game at Levi’s Stadium. The winner, of course, will go on to face either the Green Bay Packers or Seattle Seahawks, depending on who wins that matchup, in the NFC Championship game.

To get there, San Francisco will have to respond to the odds, benefit from a shortened injury report and be on the winning side of a number of matchups this Saturday.

Vikings vs. 49ers: Divisional Round Betting Odds and Lines

The 49ers still sit as seven-point favorites for this game, according to the Action Network, which is where the line initially opened at when the matchup was determined.

As far as the moneyline, it’s plus-270 for the Vikings, while the Niners come in at minus-295.

The over/under sits at 44, with the majority of the bets currently taking the over.

Northern California has been receiving bits of rain over the past few days, although Saturday’s forecast is calling for cloudy skies and zero chance of rain.

The temperature at kickoff is predicted to be 56 degrees with northwesterly winds of 10 miles per hour.

San Francisco’s injury report is significantly less than what it’s been during the weeks to close out the regular season. Four players are listed on it. But only two, EDGE Dee Ford (quad, hamstring) and defensive tackle Kentavius Street (knee), are listed as questionable.

Right guard Mike Person (neck) and linebacker Elijah Lee (illness) are both listed as ready to go for the game.

Getting Ford back, however, will be crucial if he’s able to play. His elongated absence late in the year had a direct effect on the Niners pass rush, which picked up only four sacks during the final five regular-season games. If he is able to go, Ford will likely only play on third-down pass-rushing situations only.

Minnesota has some notable injuries, which could affect the outcome of the game:

Wide receiver Adam Thielen (ankle) had stitches for an injury he suffered in practice, although it seems highly likely he’ll play, barring a setback.

Nickel cornerback Mackensie Alexander (knee) had a minor procedure and will miss the divisional round. 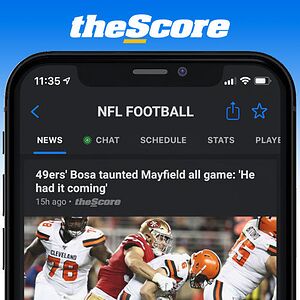 It’s hard to imagine Thielen not playing, meaning the Vikings will boast two top-tier wideouts, the other being Stefon Diggs. One of those will match up frequently against the 49ers’ No. 2 cornerback, Ahkello Witherspoon, who was benched late in San Francisco’s Week 17 win over the Seattle Seahawks.

Witherspoon’s coverage abilities in this contest will be something to monitor.

Same with both teams’ defensive lines, which will be matchup up with questionable interiors of the opposing offensive lines.

Interestingly enough, both the 49ers and Vikings finished fifth in the NFL with 48 sacks.

Aside from rushing the passer, both teams will try establishing the run early and often, the Vikings with running back Dalvin Cook and the Niners with their trio of backs, Raheem Mostert, Matt Breida and Tevin Coleman.

Still, a good chunk of the focus will be on the quarterback matchup. The Vikings’ Kirk Cousins just won his first postseason bout over the Saints, while the 49ers’ Jimmy Garoppolo will be making his first-ever playoff start.

Whichever quarterback outduels the other will have a new narrative going forward.

Next: 5 49ers who must prove themselves in divisional round vs. Vikings

The 49ers and Vikings kick off this divisional playoff bout on Saturday, Jan. 11 at 4:35 p.m. ET from Levi’s Stadium in Santa Clara, California.