The 49ers already boast a top-three defense two games into 2022, but Week 3 against Russell Wilson and the Broncos will show if this is an elite unit under DeMeco Ryans.

San Francisco 49ers defensive coordinator DeMeco Ryans showed an elite side of the ball over the second half of 2021 and into the playoffs a season ago, and the early signs are pointing to the Niners defense being towards the top echelon this year, too.

Granted, San Francisco has only played two games, and the level of competition it has faced against both the Chicago Bears and Seattle Seahawks’ offenses needs to be noted.

Aside from a couple of blown coverages against the Bears amid a rain-soaked backdrop of Soldier Field in Week 1, though, Ryans’ defense has been exemplary. This group pitched a shutout against the Hawks, Seattle’s lone points in Week 2 coming off a blocked field goal that went for a touchdown.

Again, though, some may argue the 49ers have yet to face a potent offense.

Perhaps that changes on Sunday Night Football in Week 3 when the Niners visit quarterback Russell Wilson and the Denver Broncos.

49ers defense has looked ‘elite’ over 2 games so far

Over that span, the 49ers are tied for third (with Denver, interestingly enough) for fewest points allowed with 26, yet the Niners have surrendered the fewest total yards (420) and also rank second in the NFL in fewest yards per play (4.1).

In terms of run defense, after holding Seattle to just 36 rush yards, San Francisco is also second best in this category with just 135 rushing yards given up.

That’s a trend dating back to 2021 when Ryans’ defense absolutely clamped down on opponents’ ground games.

While the bulk of focus for the 49ers in the wake of Week 2 has centered on quarterback Trey Lance‘s season-ending ankle injury and subsequently being replaced by the veteran under center, Jimmy Garoppolo, the defense should be receiving plenty of praise so far.

However, the recent trends will have to continue in Week 3 in Denver.

49ers defense will have to prove itself vs. Russell Wilson, Broncos

Granted, the 1-1 Broncos haven’t exactly gotten off to a hot start in the new Wilson era. A flop of a Week 1 loss to Seattle set the wrong tone, and only some late-game Wilson heroics in Week 2 saved what would have been an absolute Denver embarrassment against the Houston Texans.

Perhaps some ugly coaching by first-year Broncos head coach Nathaniel Hackett is to blame here, but that doesn’t change the fact Week 3 will be the Niners’ biggest defensive challenge to date in the young season. 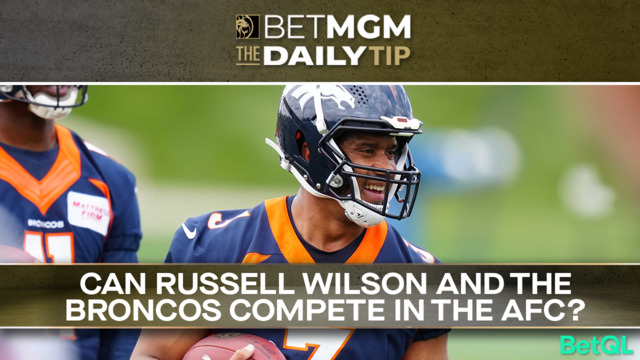 For starters, Wilson still owns that career 16-4 regular-season record against San Francisco, one which came entirely from his days with the Seahawks. And, just as the Texans found out in Week 2, the 49ers know all too well how Wilson is capable of making that one dagger-type play late in games.

And despite scoring only 16 points apiece in their two games thus far, Denver could test Ryans’ recent trend of stuffing opposing rushing attacks, as the Broncos have netted 100-plus rush yards in each of their two games this season.

Read More: 4 reasons why DeMeco Ryans impressed us in 2021

The two-headed rushing attack of Denver tailbacks Javonte Williams and Melvin Gordon has been notably effective here, the runners averaging 5.4 yards and 4.8 yards per carry, respectively.

That matters, as the Niners defense will be subjected to the increased “mile high” altitude at Empower Field at Mile High, and when taking into account how a run-first offense can wear down a visiting defense in Denver, it’s something Ryans will have to take into strong consideration.

However, if San Francisco’s defense stifles both Wilson and the rest of the Broncos offense on Sunday night, it’ll be safe to put Ryans’ crop of players into an elite category for the opening quarter of the 2022 season.