The 49ers would like to recoup some assets if they trade Jimmy Garoppolo this offseason, but there’s a scenario where Garoppolo might prefer being released outright.

Look, it’s impossible to gauge what’s going through San Francisco 49ers quarterback Jimmy Garoppolo‘s mind right now and heading into the offseason. And he’s certainly receiving some hefty advice from his agent, Don Yee, as to how he should handle the business side of his relationship with the Niners.

One which all but guarantees he won’t be with the squad in 2022.

San Francisco is likely to fully move on from Jimmy G this offseason, clearing $25.6 million of the $27 million owed to him next year and opening up the door for its high-priced investment from the 2021 NFL Draft, quarterback Trey Lance.

Ideally, the 49ers would move Garoppolo via a trade during the offseason, recouping some of the draft assets to help make up for the lofty cost of moving up for Lance last spring.

Garoppolo does have a no-trade clause worked into his contract, meaning he’d have to sign off on any deal the Niners were able to engineer. And with a new team likely having to take on the remainder of Garoppolo’s contract anyway, there’s a good enough reason why he’d opt for a trade even if it wasn’t under the best of circumstances.

Yet there’s a scenario where Garoppolo might prefer to be released instead of traded.

Why Jimmy Garoppolo might say ‘no’ to a 49ers trade

San Francisco’s relationship with Garoppolo might have easily soured, particularly in light of the somewhat controversial reports about the injury he suffered in the Week 16 loss to the Tennessee Titans, conflicting reports about the nature of his UCL sprain in his throwing hand.

That could be a season-ending injury, meaning Garoppolo’s days as a 49ers starter are effectively over.

Still, the 49ers may want to do right by Garoppolo and trade him to a preferred destination.

At the same time, though, the Niners aren’t in business to “do right” by any one particular player. No, they’ll listen to the highest bidders in what could easily be a limited offseason quarterback market with few likable options available in free agency and a thin 2022 NFL Draft class. 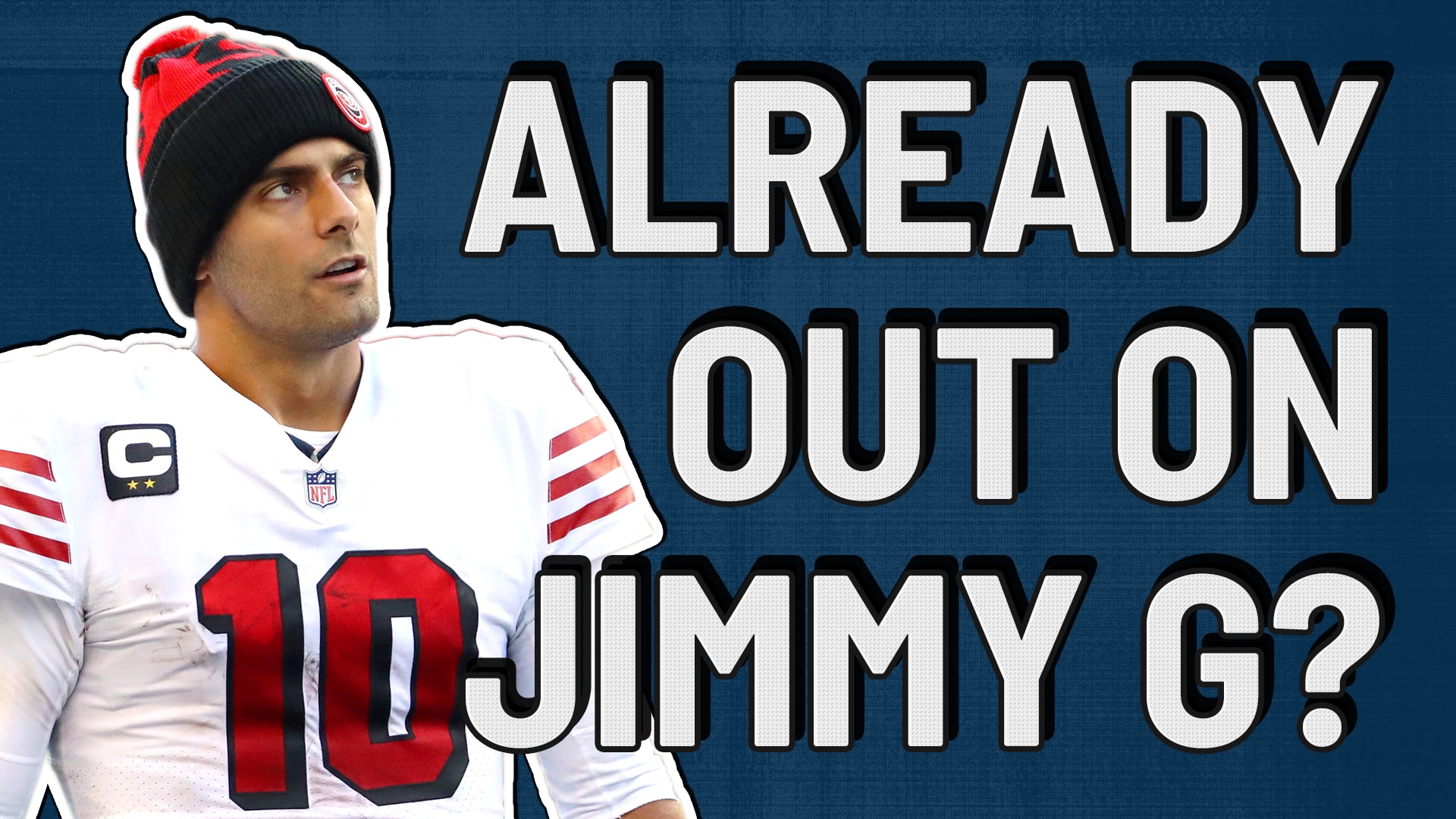 Worse teams have more valuable draft picks, and many of those teams lack the talent needed to boost up Garoppolo, who has yet to show signs of being able to fully elevate a substandard offense.

Quarterback-needy teams that come to mind that fall into that below-par category include the Houston Texans, New York Giants, Washington Football Team and Denver Broncos.

It might be easy for Garoppolo to turn down any trade to those squads if they are offering an acceptable return to San Francisco.

Sure, Garoppolo would ideally like to make the $25.6 million post-trade owed to him in 2022. In an ideal world, he’d be traded to a team with plenty of offensive weaponry, a stout running game and a strong offensive line, one which only needs a quarterback.

Those squads are few and far between, though. Garoppolo is also fully aware of the fact his current deal, which would be absorbed by the team trading for him, expires after next season. Should he falter and struggle with whichever team he’s traded to, his market value in 2023 would reach likely an all-time low.

There’s always the hope Garoppolo negotiates an extension with such a team during the season. But the same reasons why the 49ers are moving on will be causes for concern with any team trading for him, too.

Instead, Garoppolo might simply ask for an outright release, perhaps even preferring it to a trade to a likely bad roster. In doing so, he’d essentially be able to pick his best destination, both in terms of the money offered and the kind of supporting cast best suited to his needs.

Related Story: Predicting where Jimmy Garoppolo would like to be traded

Garoppolo likely wouldn’t command anything close to the $27.5 annual average he received with the Niners over the span of his current deal. But even modest quarterbacks can earn $10 million to $15 million per season, and a three-year deal with perhaps $20 million in guarantees offers up a lot more security than the zero guaranteed he has for 2022, currently.

Again, the decision might belong to Garoppolo and him alone, especially if he forces San Francisco’s hand.

About the only thing remotely guaranteed right now is the strong likelihood he’ll be wearing something else than a 49ers uniform next season.