Trey Lance has had his share of ups and downs over two 49ers preseason games, but Pro Football Focus’ status tell an provocative story.

There are plenty of reasons why San Francisco 49ers fans should be excited about rookie quarterback Trey Lance, and they go far beyond the fact he was a high-profile prospect selected at No. 3 overall in this year’s NFL Draft.

But even in that limited context, Lance has shown both why he was a top-five pick with all kinds of natural raw talent while also reminding fans he has just 318 pass attempts at an FCS program in college.

Still, it was good to see Lance strike deep in his inaugural preseason action against the Kansas City Chiefs, then it was a positive to see the rookie bounce back from a shaky start in the Niners’ second exhibition bout against the Los Angeles Chargers on Sunday.

A quick-take reaction over two games? 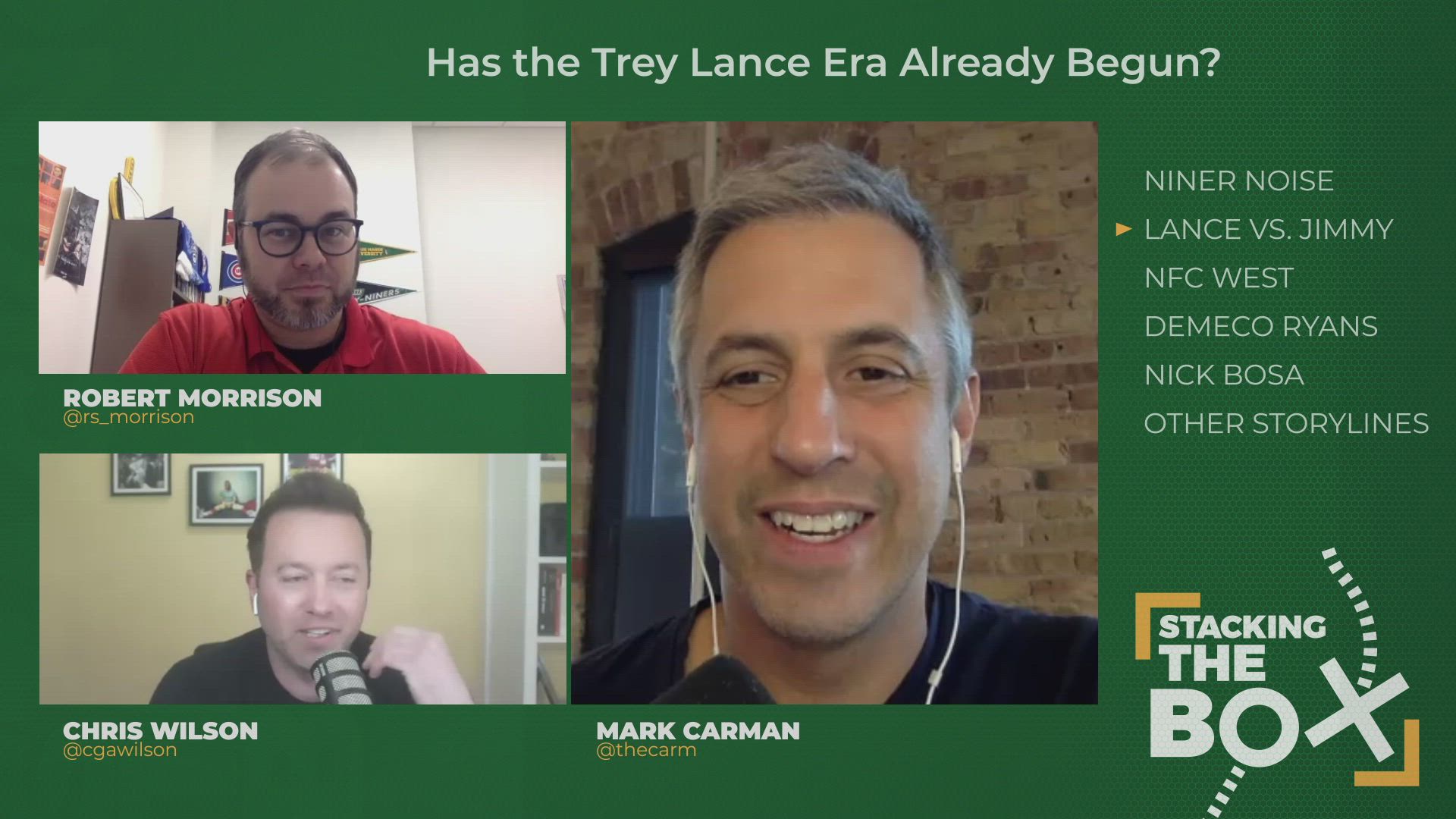 Lance still needs to identify blitzes and the pass rush better, and his passes could use a bit more touch. But the game is slowing down for him. He has the accuracy, arm strength and playmaking prowess, and we’ve yet to see Lance use his legs to a large degree.

Some of Lance’s downfield attempts have been a thing of beauty, notably the 80-yard touchdown strike to wide receiver Trent Sherfield in preseason Week 1, followed by a 41-yard completion to Sherfield that helped set up Lance’s first touchdown pass of the game against the Bolts.

But when it comes to throwing beyond the first-down marker, the folks over at Pro Football Focus have put Lance into his own category among rookie quarterbacks:

Most accurate rookie QB when targeting past the sticks this preseason:

Having a 64.3 completion percentage here is a good indication of Lance’s accuracy when it counts the most. It’s one thing to execute short dump-off passes 4 or 5 yards short of the first-down marker, resulting in high completion rates.

But getting passes off at or beyond the first-down line is a vital part of next-gen quarterbacking.

In Week 1 against the Chiefs, Lance’s targets dropped four passes, influencing his 5-of-14 passing line in a big way.

On Sunday against Los Angeles, Lance’s receivers dropped an additional three passes, bringing his total of drops to seven, which PFF also pointed out was the most for any quarterback thus far in the preseason.

True, Lance has had some minor accuracy concerns, and the majority of his passes have been of the pure fastball variety.

Related Story: Trey Lance not getting much help from 49ers wide receivers

At the same time, though, they’re receptions NFL-level receivers should make. And when you factor in Lance’s passing lines including the drops, then contrast them to how they’d look if the drops were actually receptions, the completion percentage is quite striking:

Even with Lance’s smallish accuracy woes over two weeks, a 71-percent completion rate is pretty exceptional. Especially for a first-year player.

Now, to get that number up, Lance just needs his receivers to make the adjustment to his kind of delivery.