Hindsight is beginning to prove the 49ers were correct to pass on Mac Jones in the NFL Draft, and it appears he won’t start for the Patriots anytime soon.

Remember back when nearly every local and national media member out there said the San Francisco 49ers were going to take Alabama quarterback Mac Jones at No. 3 overall in the 2021 NFL Draft, dump quarterback Jimmy Garoppolo later during the offseason and let Jones start right away?

Yeah, that didn’t exactly come to fruition. And so far, two of the three outcomes have proven to be false.

And as far as Jones being a Week 1 starter? Well, it’s looking like that’s turning into a false narrative, too.

Jones reportedly isn’t coming close to taking over the starting gig in New England for head coach Bill Belichick and Co. At least not according to the Boston Globe’s Ben Volin, who broke down how Jones was primarily getting third-string reps at OTAs behind fellow quarterbacks Brian Hoyer and Jarrett Stidham with the presumed starter, Cam Newton, out with a minor injury:

Meanwhile, Jones appears to be a long way off from being ready to play. In Thursday’s practice, Jarrett Stidham ran first in drills, and projected the confidence of a third-year player at the line of scrimmage. Brian Hoyer ran second in drills, and probably had the best day of the three quarterbacks. Jones went last, not getting the benefit of extra work in Newton’s absence.

Volin also broke down how Belichick remains fully committed to Newton, too. And unlike some of the other top-drafted quarterbacks selected by other teams this year, Volin didn’t think Jones is establishing himself as one of those alpha-type personalities:

Newton, a former NFL MVP, is still the alpha. Hoyer is the experienced veteran. Stidham is probably on the outside looking in on the quarterback competition, but he’s still a veteran who knows how the Patriots operate.

Jones is just “Mac and Cheese,” as Newton calls him, the kid who has a long way to go.

49ers passed on a ‘plug-and-play’ quarterback in Mac Jones

Or at least that’s what the thinking was.

Jones is still a fine quarterback prospect. And if the 49ers held onto their original top pick in the draft, No. 12 overall, and then drafted Jones there, it wouldn’t have been too big a stretch. Far better value at that spot than at No. 3 overall.

But the allure of Jones was supposedly how pro-ready he was. That was the reason he’d be so enticing for head coach Kyle Shanahan, someone who could possess the smarts and pocket presence to come in and take command of Shanahan’s offense right away.

The Patriots, meanwhile, boasted the league’s third-worst passing offense in 2020 with Newton at the helm. And while a lack of receiving targets didn’t help matters, the fact Jones is kicking off his pro career more like “just another one of the QBs in the practice mix” instead of the guy is troubling.

At least from New England’s standpoint.

All things equal, Trey Lance was the smarter choice for 49ers

It’s pretty clear the Niners didn’t use the No. 3 overall pick on a player who could come in and start right away. That wasn’t the intention. And while Garoppolo’s injury history was the primary reason why Shanahan wanted Lance, Jimmy G’s near-4,000 yards passing from 2019 is proof enough San Francisco doesn’t need a rookie like Lance to step in and start right away.

The 49ers wouldn’t have needed Jones to do the same either, despite what so many in the media suggested before the draft. 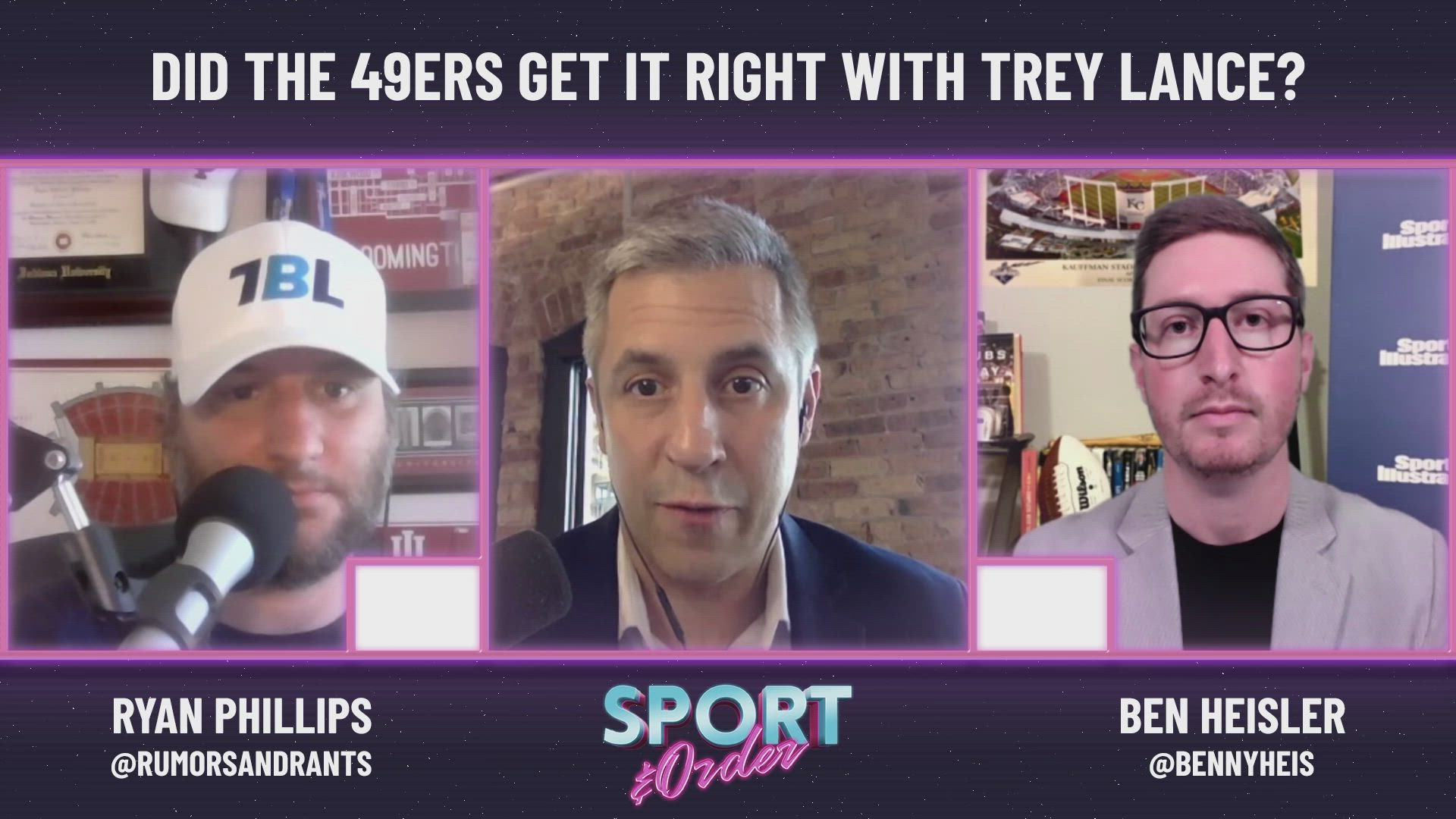 Lance, apparently like Jones now, will need time to develop. And the 49ers were comfortable with that, provided a healthy Garoppolo and Co. can keep the team in the playoff hunt this season while Lance matures.

Jones’ inability to immediately seize command of a starting gig doesn’t bode well for a Patriots team that figures to again struggle, offensively, this upcoming season.

Yet the Niners aren’t concerned with whatever the Pats are experiencing. And it all still goes back to that trade from No. 12 to No. 3 overall in the draft.

One which was a “swing for the fences” kind of move from San Francisco’s perspective.

Was Jones a “swing for the fences” type of prospect? No.

Sure, Jones’ rough start during offseason workouts isn’t automatically an indicator of what his pro career will be. Lance, too, could fall anywhere on the NFL spectrum from MVP-caliber superstar to a massive bust within a few years’ time. No one knows.

But at least based on what we know now, the 49ers are seeing some additional justification for why they were correct to defy the national media by passing on Jones, going with Lance instead and banking on the latter’s significantly higher upside.